Kiwi Pilgrimages is a New Zealand response to what is now a worldwide resurgence in the medieval concept of pilgrimage. The last 50 years has seen a huge new momentum. For example, in 1972 just 67 pilgrims were recorded as completing Spain’s Santiago de Compostela; in 2019 some 348,000 did so.

At this stage Kiwi Pilgrimages has an Auckland and North Auckland focus. The aim of this website is to suggest pilgrimage destinations with their spiritual, historic and secular relevance that people can pick up and adapt for the circumstances of their own group. You are welcome to contact Greg Smith                          ph 09 524 2926, who can provide more detailed information of the routes and the necessary contacts for sites not permanently open to the public. In addition information can be given about bus and ferry connections where these are involved.

In addition, organised pilgrimages will be advertised from time to time. These will have a specified date, leader and timetable. Each of the pilgrimages has a Bunyanesque title but this is not intended to overly emphasise the religious aspect. Even if made as part of a group the motivation will vary from person to person. Like the Canterbury Tales these pilgrimages also need to have a fun element to them. Piety and worldliness have always been in tension for any pilgrimage.

However, a pilgrimage is not just a hike or a walk. There will be something deeper propelling the pilgrim which may not be capable of being articulated or even need to be. And running parallel with any spiritual quest will always be the sheer enjoyment of getting out into the world at a more natural pace. Seeing and understanding a landscape from a walking perspective differs greatly from journeying through it by mechanised transport. Meeting and sharing with others on the journey to the same destination can also be a very life affirming experience.

John Ure in his book “Pilgrimages” has summed up pilgrimages well. “To go to see for oneself the scene of great events is a deeply ingrained human instinct. The birthplace of famous men, the field on which notable battles have been fought, the site of heroic deeds or great romances, all these have attracted secular visitors over the centuries. So it is little wonder that where people’s faith as well as their sentiments or patriotism have been involved, where human events appear to have been touched by the supernatural, the urge to go and see has been stronger. The concept of going on pilgrimage is not only of distant origin but of deep appeal.”

The traditional Christian church is in decline. Numbers are dropping and churches are closing. Interest and understanding of Christianity is fading. Many if not the majority of New Zealanders now have little knowledge of the Bible. There is little inculcated faith which the church has been able to rely on for its survival up until now.

But strangely there is one survivor that is emerging and that is “pilgrimage”. While it is now becoming almost synonymous with “tourism”, at least it is alive. It is a remnant of early church life. The challenge now is to run with it again at its deeper original meaning. This is what Kiwi Pilgrimages seeks to do. 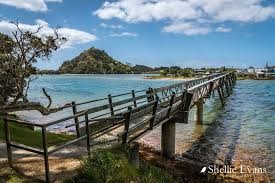 “I look to the mountains; where will my help come from?”

This is an interesting pilgrimage based on the city’s volcanic heritage. Auckland is unique in that it is a city built on a monogenetic volcanic field. There has not been just one recurring volcano like Mount Vesuvius. In Auckland, each eruption has occurred in a different location. There are now approximately fifty-five separate volcanoes. This makes a special landscape which can be enjoyed from the summits of those mountains.

With all these volcanoes it is impossible in this city not to be mindful of the huge fiery forces that have created and undergird the topography. While this makes for a beautiful landscape it is one that provokes thought about the power of creation and man’s almost puny role in it. Even though we have quarried away some mountains there always remains the possibility that further eruptions will form new ones and destroy us and our past endeavours in the process. The volcanic cones of Auckland give us much to ponder from a creation and spiritual perspective.

This pilgrimage has been designed to be a day event, both starting and finishing at the church. We move one by one around seven maunga – Te Kopuke/Mt St John, Ohinerau/Mt Hobson, Maungawhau/Mt Eden, Te Tatua a Riukuta/Big King, Owairaka/Mt Albert, Puketapapa/Mt Roskill, and Maungakiekie/One Tree Hill. The general aim is to climb each volcano from one side and descend from another, then move on to the next.

Obviously, this pilgrimage can be very flexible in terms of the numbers of volcanoes you wish to climb and where you want to start the journey from. Good planning beforehand is essential. We would encourage pilgrims to ponder especially the landscape values of the maunga and the pre-eminent early Maori occupation. Use your imagination and envisage what Tamaki Makaurau used to look like in the past. Auckland has been a major settlement long before the Treaty of Waitangi. Reflect on the interconnection of the two great harbours and their importance for the city’s entire development. It is only when you are on top of the maunga that you can understand well the totality of this urban creation. Certainly, there are more birds-eye views like the Skytower, but the maunga give both a view and a connection with the land. There is better physical appreciation of this special place.

The destination of this pilgrimage is the Cedar Centre in Tramway Road, Beach Haven. This is the Anglican Church for the district. At approximately 14 kilometres this is one of the shorter walks, but there is more hill walking in it than some of the others. The pilgrimage starts from the Auckland Ferry Building with a pleasant excursion across to Birkenhead.

Any organisation, or indeed society generally, will be faced with change. The Church is no exception. The art of the matter is how to effect change, while keeping some continuity with the past. Total severance with the past will usually not achieve the positive outcome that is being sought.

On this pilgrimage we follow the path of the St Peters Chelsea Chapel which has existed in three locations over its 135 year history. When changing demographics have made it not feasible at one location then it has been shifted to the next., but all the while continuing its church function for the community.

With Auckland’s rapid growth and changing population many church buildings no longer have a secure future in their current locations. The challenge will be whether they can be incorporated into some new religious structure and use. The moving of this chapel represents that ideal and gives something positive to reflect on. The past and the people associated with it are not abandoned but carried forward.

Walking notes with more details about the route and the history along the way are available: email This  pilgrimage has the pleasant advantage of being able to take a ferry trip back down the Waitemata for its conclusion.

The destination is the Selwyn Monument on the Bombay Hill, South Auckland. This is an all day walk of approximately 45 kilometers leaving from St George’s Anglican Church, Epsom.

The cairn at Bombay marks the place where Bishop Selwyn spent his first night when walking from Auckland down into the Waikato. He slept among the puriri trees that still surround the monument. Being a half- way point to the Waikato it was also a logical place for him to choose for St Stephen’s Maori Boys College nearby.

The bishop was a man of great physical endurance that typifies the foundation of so much of Christianity in New Zealand. It is interesting that General Franco in re-establishing the Santiago de Compostela pilgrimage saw a need for a ”muscular Spanish Catholic nationalism”.

Essentially this pilgrimage is a walk straight down the Great South Road. It is not a rural walk until you get to the last quarter. The history of this route is what lends it strength and meaning. There is much to be examined along the way, which is covered in the walking notes, especially the New Zealand Wars.

A good point to ponder is whether New Zealand nationhood was formed here, not the killing fields of Gallipoli and Flanders. Was it the Land Wars or the battles of the First World War that have shaped this country, especially in terms of how Maori and Europeans have approached one another and the country’s subsequent development?

A further point is that the Church was already strongly in evidence in the landscape before any fighting began. What has been its influence?

This pilgrimage requires the walkers to be met at the end as there is no easy return by public transport. For those wishing to visit the Selwyn Chapel in Papakura, Hoani Tapu at Drury and Aroha Cottage, this should be arranged in advance.

Of special importance. Most of the walk is on public footpath with controlled intersections. However, after Drury special care must be taken because you are walking on the side of the road. Visibility vests should be worn and extreme care should be taken at Drury, crossing the Waiuku Road to get back onto the Great South Road.

Walking notes and more about the route are available for this pilgrimage. Email These are updated periodically as changes or improvements to the route are made. 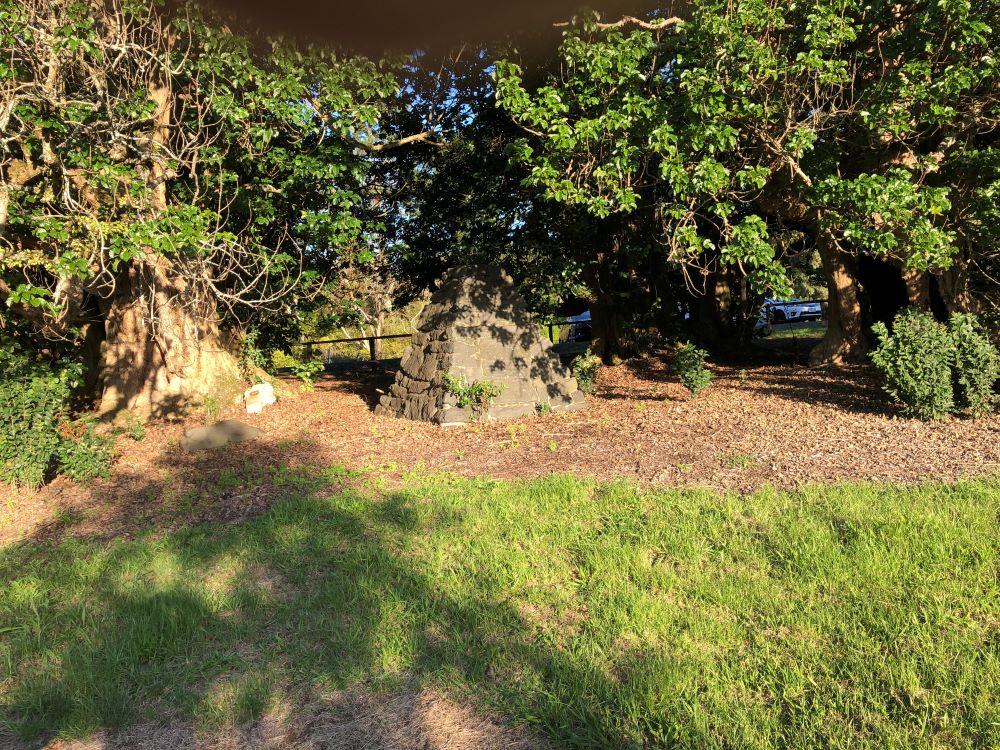 The northern pilgrimages are now made up of a couple days walking using the Te Araroa ( long pathway) trail in the main, to journey toward our destination – Rangihoua. As we are so far from Auckland ( our last pilgrimage finished at Matapouri on the Tutukaka coast )  we need more time allocated to just getting to the next starting point and getting safely home.
Our next pilgrimage north will have some more beautiful northern beaches to enjoy as we head from Matapouri to Whananaki.

You can stay in the comfortable motels at Whananaki Holiday Park – and have  plenty of time to get to know the history of the local peoples as you continue to walk  both the off road coastal tracks and the Te Araroa trail.

Please email us at – if you’re interested this leg of the journey and we will give you more detailed information. 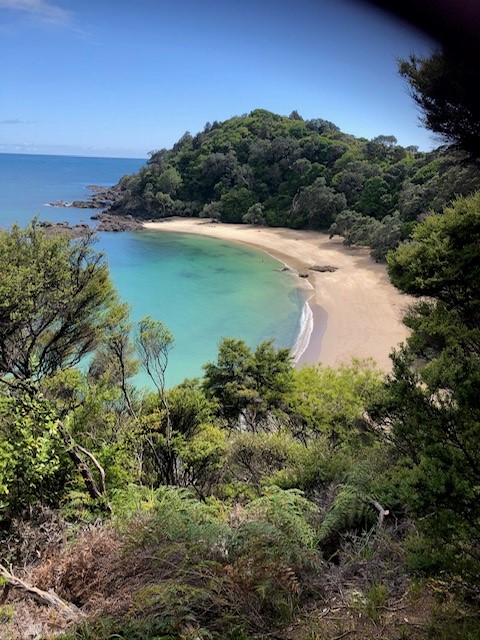